In the year 814 Anno Domini a daughter is born to a village priest and a saxon heathen: Joan. The child is unusually intelligent and learns to read and write in secret, and against her father’s will. By a chain of coincidences Joan gets the opportunity to attend the monastery school in Dorstadt.

As a young woman Joan has a difficult position and animosity grows towards her from all sides. Dorstadt is hit by a cruel attack by Norsemen and, as though by miracle, Joan is the sole survivor of the massacre.

Fate leaves her to herself and Joan takes a lonely decision: she leaves Dorstadt, puts her women’s clothes aside, cuts her hair and pretends to be a man from that time on. Joan becomes John Anglicus, who then enters the Fulda monastery as a monk.

Now begins a hiding game that lasts decades and which makes Joan to a hunted prey. Her fate leads her to Rome, to the centre of power. Rome is dangerous. Enemies are threatening the city; at the papal court powerful opponents are spinning deadly traps. Nevertheless, Joan continues her way and rises to become the Pope’s personal doctor. 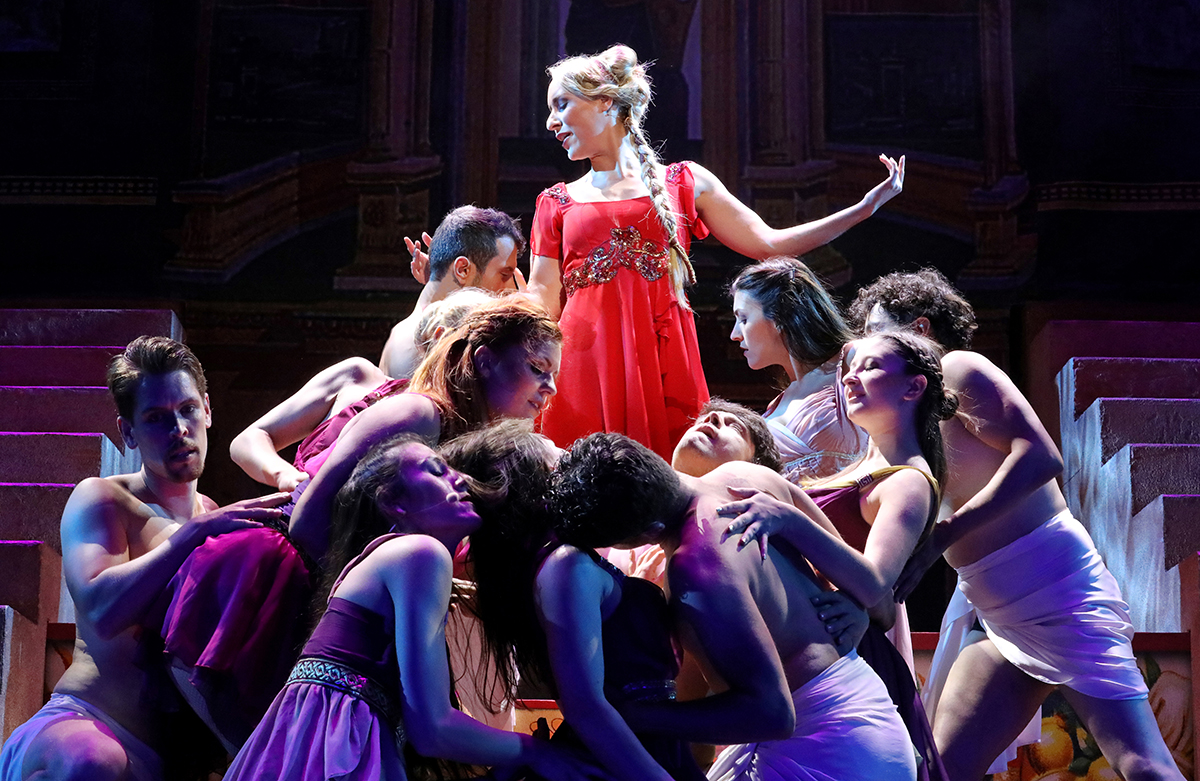 As, however, she suddenly and unexpectedly encounters the only man she has ever loved in Rome, she must decide between love and independence.

But her most difficult task remains before her: As the Pope dies the Romans elect her as his successor, presenting her with an almost impossible situation. She must keep her secret – no-one must know who she really is.